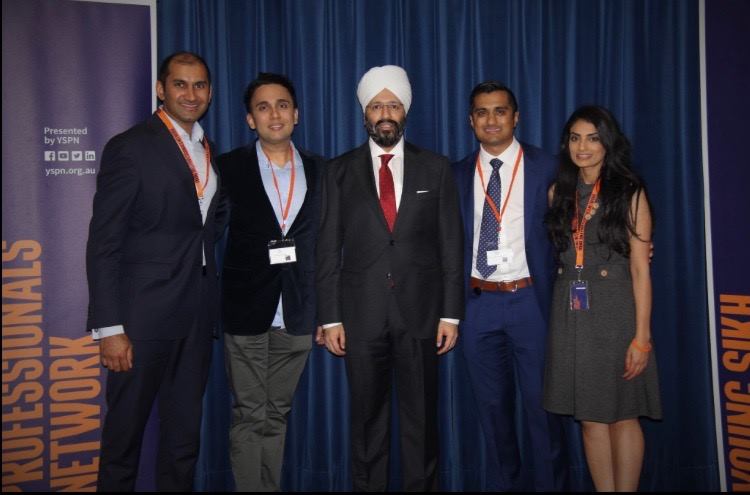 Folding his hands and greeting his entire audience with a ‘Sat Shri Akal’ was how our guest, Rashpal Bhatti, greeted and stole the attention of all the attendees during our marquee event. Donned in a crisp white turban and a finely stitched suit, no one would have imagined the Vice President Marketing (Freight) of BHP would have exuded this extent of humility to his audience.

In his calm and soft-spoken voice, Rashpal shared with his audience that he owed his success to his parents who immigrated to Britain in the 1960s from Nairobi, Kenya. Life for his family was not a piece of cake, as they had to go through periods of racial discrimination and being ostracised by many individuals who failed to recognise their identity and respect the background they came from. That did not stop Rashpal’s parents from working hard to provide him with the best education they possibly could. This was when Rashpal’s innate drive and mission to make his parents proud began as he excelled in his academics across various renowned education institutions in Britain.

Confidently quoting various verses from the Guru Granth Sahib and then translating it into English, Rashpal engaged the audience and shared with great conviction on the importance of humility and lifelong learning to be successful at whatever anyone pursued – one of the tenets of Sikhism. Rashpal then progressed to engage the audience with his personal experiences of being adaptive, resilient and agile to be a more effective leader in his organisation.

During the span of his career working across various multinational organisations, Rashpal admits that his journey was far from easy. He faced several challenges but modestly admits how he overcame them by developing his resilience and his ability to rebound, managing his level of mental and emotional openness and also focussing on continuous development to bring him to where he stands today.

Rashpal ended his talk with a famous quote from the late Sumantra Ghoshal, an Indian scholar: “Leaders are not paid to preside over the inevitable; they are paid to make it happen what otherwise would not have happened.” This quote left the entire audience in awe on how Rashpal could articulate his thoughts and communicate his experiences through a mix of spirituality, facts and faith.

After the event, there was immense positive feedback from the audience. For Joel Lim, an intern at Navitas, said that this was the first YSPN event he attended. Beaming from ear to ear, Joel said, “I am greatly impressed by the event as well as the valuable opportunity to network with Rashpal and other honourable guests from diverse careers. I look forward to attend future events organised by YSPN Perth.”