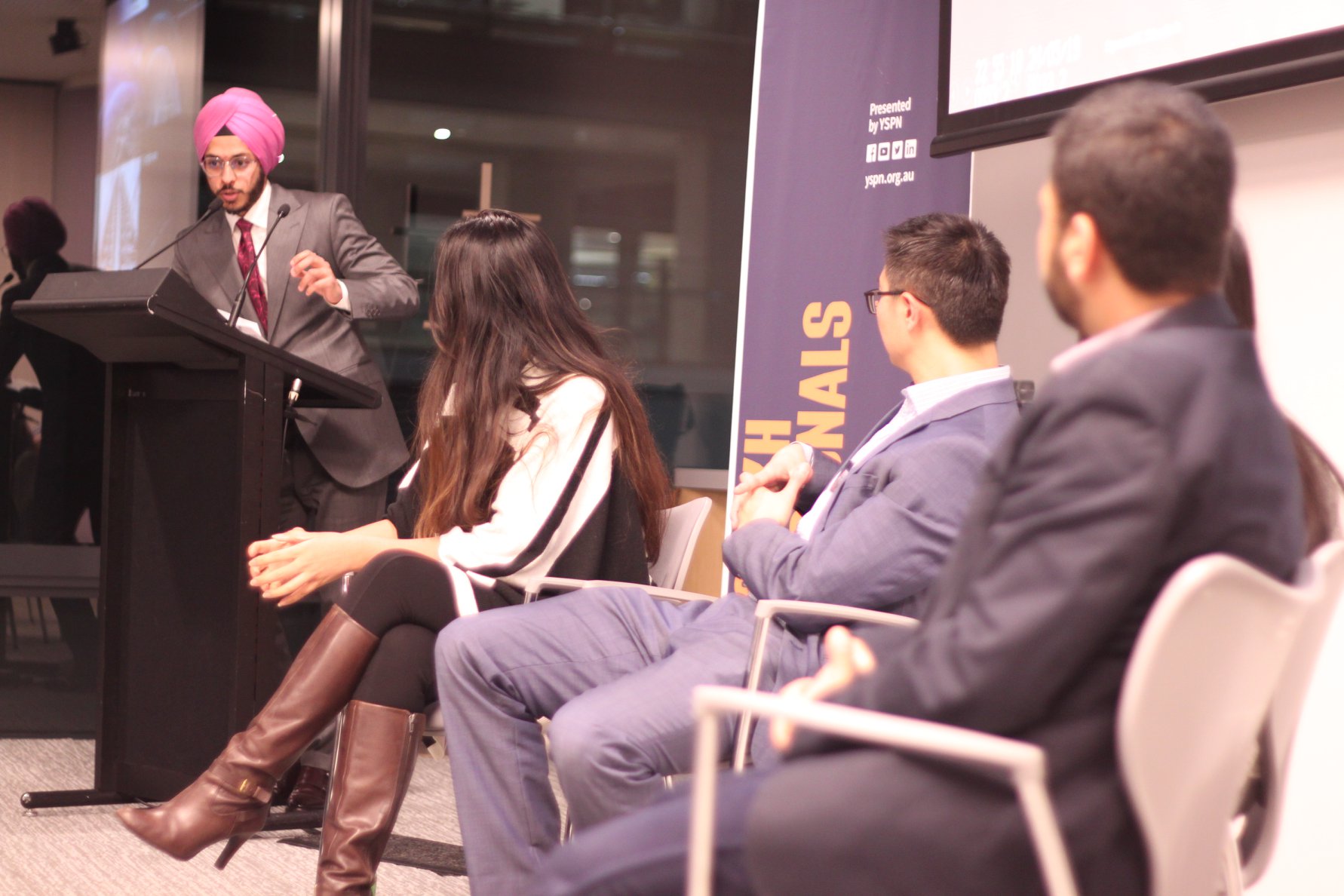 YSPN hosted four speakers (Alyse Sue, Penny Wong, Peter Xing, Vivek Bharadwaj) across industries to explore what Artificial Intelligence and technology meant for industries in 2019, and what we can do to prepare.

On Wednesday 17 July 2019, YSPN hosted its first ever debate exploring how technology will disrupt and enhance the way we work in the future.

YSPN was honoured to host Peter Xing, co-founder of Transhumanism Australia who shared work of Transhumanism Australia and discussed many exciting ways AI will enrich our lives in the future. Along with Peter Xing, YSPN also hosted three other distinguished speakers, Alyse Sue – Co-founder of Genomix, Vivek Bharadwaj – Data Analyst at the Iconic and Penny Wong – Co-founder of Radmis who all participated in a structured debate on the question ‘Should AI be accountable for its actions?’ The affirmative side argued AI should be accountable because users need the be assured that algorithms used in AI are explainable before they are implemented. Explainability of AI decisions will give company executives and users the confidence they need to further implement AI into their work.

The negative side raised the argument that AI technologies should be considered through a lens of product liability where the company executives are the ones who should ultimately to be held accountable. They further explored questions of how humanistic traits such as ethics, religion and gender should be imparted upon technology to make it more representative of a human.
A key take away that both sides of the debate raised was that for young professionals to adapt and thrive in the new working world, we must not only embrace technology but we must champion it.